I am fascinated by life, the creation of life especially.  The amazing biological processes occurring within our body which make the creation of new life possible.  So when new research sheds new light on one of the processes which makes reproduction possible, it’s an exciting prospect!

Researchers have discovered that oestrogen produced by the brain,  as well as the ovaries, is necessary for ovulation.

Basically, the hypothalamus stimulates the production of oestrogen in the ovaries and the release of follicle stimulating hormone (FSH) from the pituitary.  The FSH supports the development of the egg and the oestrogen continues to increase over the first half of the cycle until it reaches a tipping point level which triggers the pituitary to release a surge of luteinizing hormone (LH). This LH surge triggers the release of an egg from the ovary and ovulation occurs.

A study conducted on rhesus macaque monkeys and published in the PNAS Journal late last year, showed that the oestrogen produced by the brain is in fact vital and necessary for ovulation to occur.  Without the hypothalamic oestrogen production the LH surge wasn’t sufficient to trigger ovulation.

“This shows the brain’s oestrogen is a huge helper, necessary for the release of an egg that makes pregnancy possible,” says Ei Terasawa, Professor of Pediatrics at the UW-Madison School of Medicine and Public Health and senior scientist at the Wisconsin National Primate Research Center and lead study author.

What impact this discovery will have on fertility and ovulatory disorders is yet to be uncovered but the fact that we can now better understand the biological systems and processes involved in ovulation is a great step forward.

Read the article as published in PNAS Journal

Read the summary in Science Daily 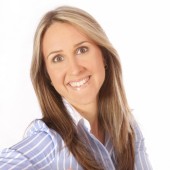 Finding your fertile window – It’s all about ovulation

Are you and your partner speaking the same love language?

Being the best Mum starts well before birth